Half Shells for Habitat 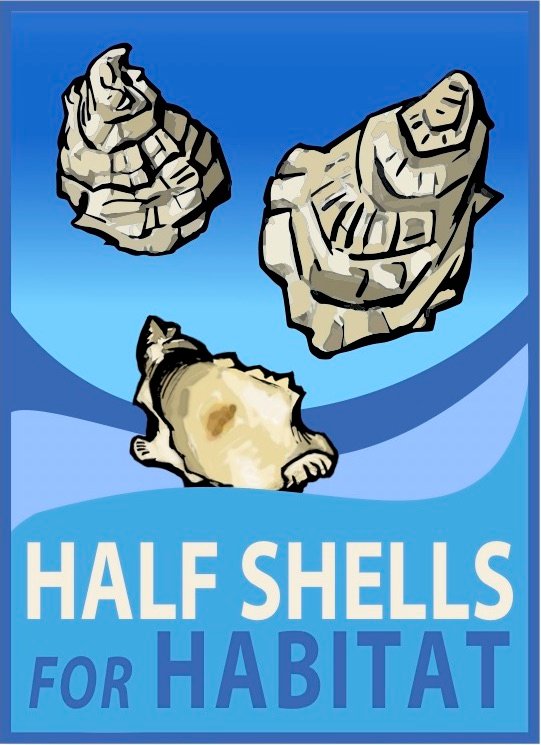 Half Shells for Habitat

Half Shells for Habitat (H4H), which was initiated by Seatuck and a host of partners in 2018, is an island-wide program to recover oyster shells from restaurants for use in oyster and habitat restoration efforts.

The program was established to address the critical need to return oyster shells to Long Island’s estuaries. The shells provide vitally important substrate on which wild young oysters can attach and grow, and they help to combat coastal acidification by returning calcium carbonate to the water.

Seatuck initially partnered with the Towns of Brookhaven, Islip and Hempstead, to launch the Half Shells for Habitat program. Pursuant to NYSDEC regulations, after being collected, the shells must be cured in the sun for at least 6 warm months before they can be returned to the water. With the three towns Supervisor’s enthusiastic support, a shell storage and curing site was established in each of the participating towns. If your town is interested in joining this environmental program, please contact us at: mdunn@seatuck.org or 631-581-6908.

The project was piloted with the generous cooperation of Catch Oyster Bar in Patchogue,  H2O (East Islip),  The Snapper Inn (Oakdale) and The Cull House (Sayville) and Vincent’s Clam Bar in Carle Place.  also joined the program as early participants.

H4H has continued to grow  The full list of participating restaurants has expanded to include the following:

Initially conceived by Maureen Dunn, Seatuck’s Water Quality Scientist (pictured at right with Seatuck board member Charlie Weiss) Half Shells for Habitat began distributing fully-cured oyster shells in  May 2019.  Since then, Cornell Cooperative Extension’s , Long Island Shellfish Restoration Project, Stony Brook University’s Shinnecock Bay Restoration Program, Adelphi University’s CORE program and the Moriches Bay Project have returned shells back to our bays through their oyster restoration and reef-building projects. In total, the Half Shells for Habitat program has collected over 100,000 lbs of waste oyster shells!  Out of that amount, there has been 34,690 lbs (14,690 lbs. in Suffolk County and 20,000 lbs. in Nassau County) that have already been returned to the South Shore Bays as of November 2021. 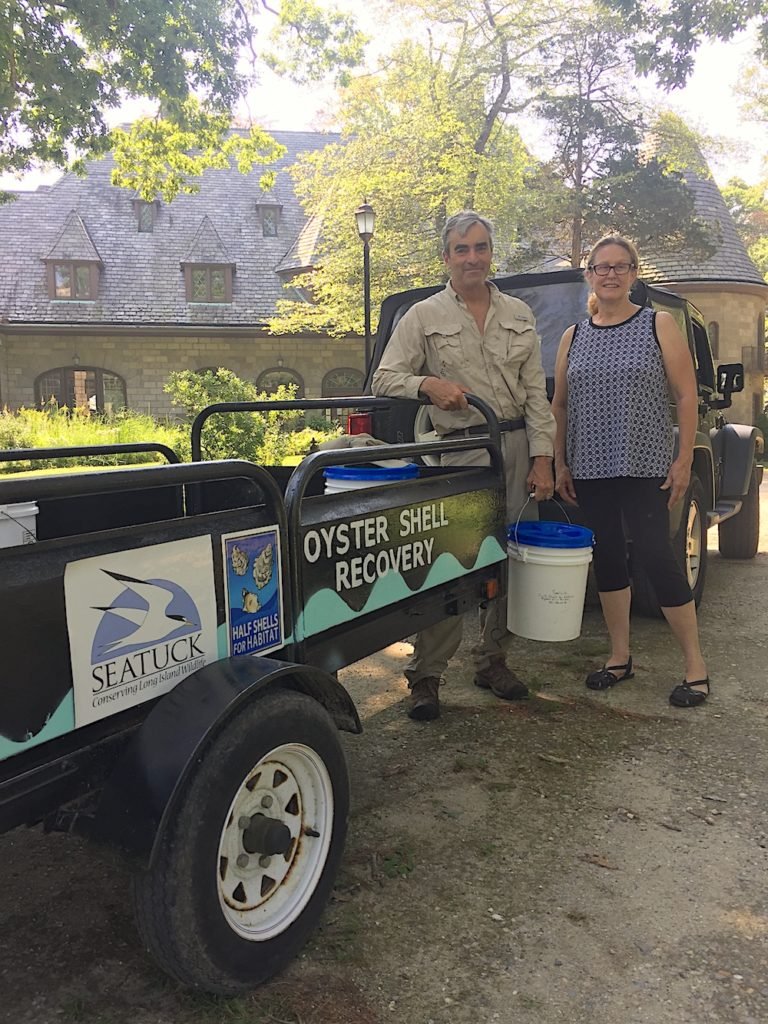 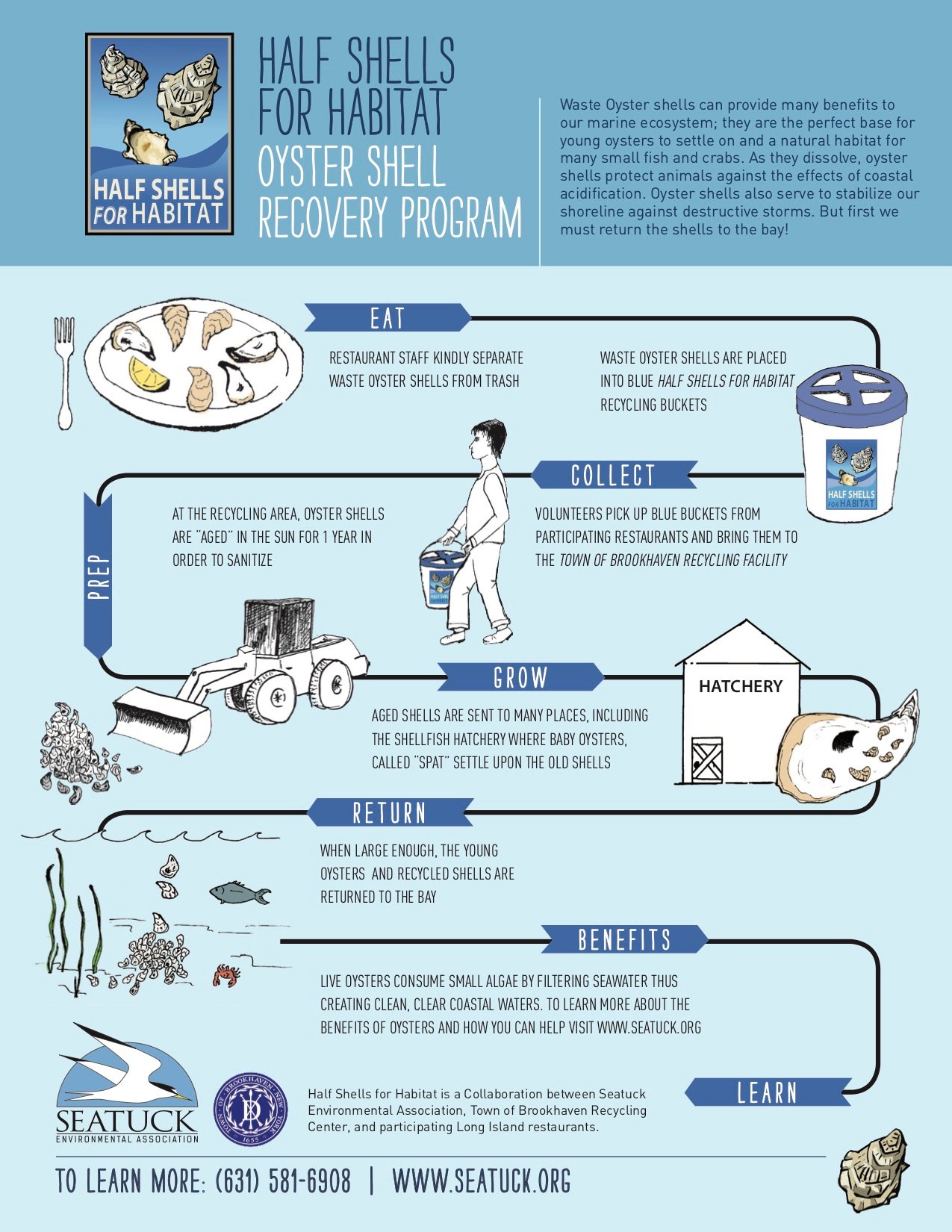 1. Enhanced Water Quality and Clarity – Oysters consume microscopic algae called phytoplankton, which helps to clarify seawater and promote eelgrass growth. In addition, the removal of harmful phytoplankton decreases the likelihood of harmful algal blooms, such as Brown and Rust Tides.

2. Habitat for Wild Oyster Restoration – In many bays, wild oysters can’t take hold because of the lack of the hard substrate they require for attachment. This substrate, which was historically provided by other oyster shells, is restored when recovered shells are returned to the water. They provide the necessary substrate for “wild set” oysters, which are important for natural disease resistance and genetic diversity in overall oyster populations.

3. Regulating Nitrogen Pollution – Oysters grow well in nitrogen-rich waters. They remove nitrogen from seawater by consuming phytoplankton that have the ability to incorporate nitrate. At harvest time, farmed oysters and the nitrogen they’ve consumed are removed from the environment. The consumption of wild oysters by transient wildlife also serves to rid the local environment of excess nitrogen.

4. Reduce Landfill/Incineration – Recycling oyster shells reduces the cost of delivering and disposing of them as waste in landfills or burning them in incinerators.

5. Shoreline Stabilization – Oyster shells can be used to stabilize eroding shorelines in salt marshes, or as part of a reef building process with the reintroduction of live oysters. Oyster reefs mitigate the damaging wave effects of severe storms and hurricanes. As sea level rises at an ever-accelerating rate, these efforts will help protect our shorelines.

6. Mitigate Coastal Acidification – Excessive algae growth in Long Island’s coastal waters fuels high levels of the bacteria that decompose the algae. The bacteria use oxygen and produce CO2 as they respire. This increased CO2 lowers the pH of the water (already low from atmospheric absorption of CO2 in ocean waters), causing what is known as “coastal acidification.” This condition, which is increasing around Long Island, presents a significant threat to our estuaries and wildlife (including young oysters, which are especially sensitive to pH changes). The calcium carbonate of recycled oyster shells provides a buffer against coastal acidification, acting like an antacid as they dissolve.

8. Carbon Sink – Shells are made of calcium carbonate; when burned as kitchen waste they emit carbon into the atmosphere. However, when bound together in an oyster reef, the same shells instead serve as a carbon sink.

9. Community Involvement and Education – Shell recovery and restoration relies on volunteers to collect shells from participating restaurants, assist with spat-on-shell rearing and a wide range of other jobs. In the process, it educates volunteers and empowers them as ambassadors to engage the general public in the work to protect and restore our coastal ecosystem.

10. Quality of Life & Tourism – Oysters not only enhance the health of our coastal waters, but they are also a prized culinary delicacy for which Long Island is renown. These important roles are both critical in supporting the quality of life and tourism that is so vital to Long Island’s economic health. 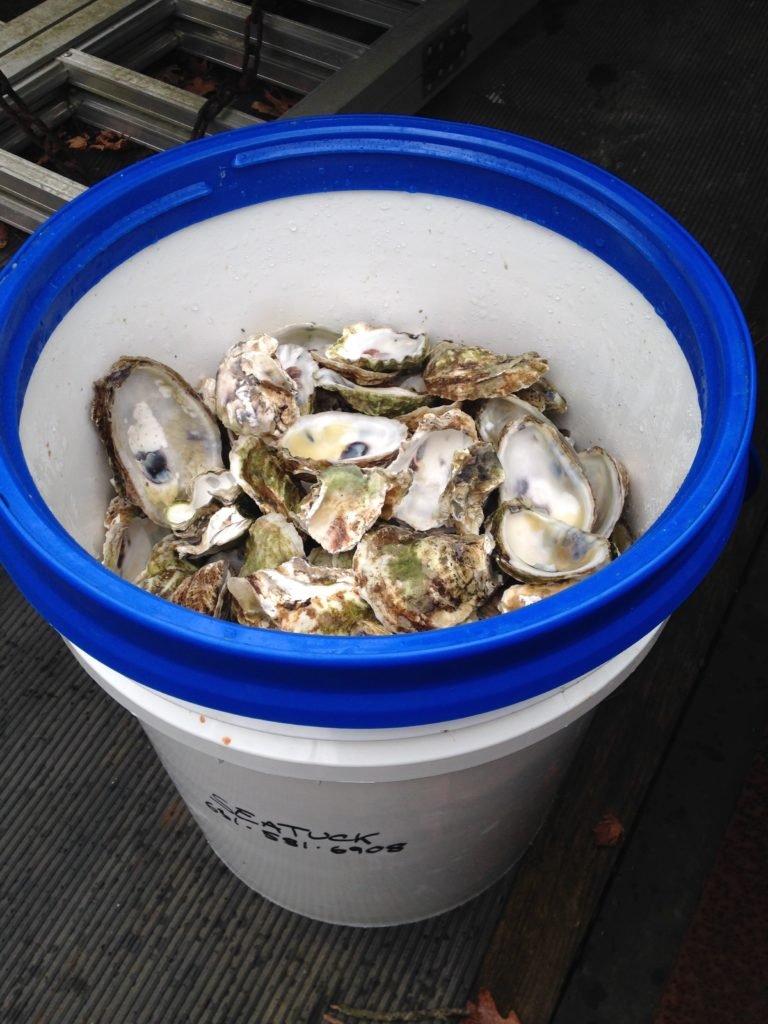 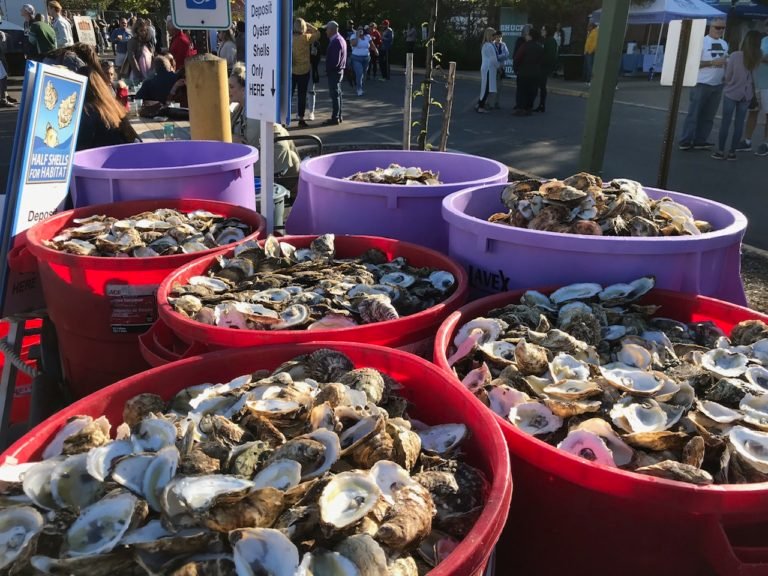 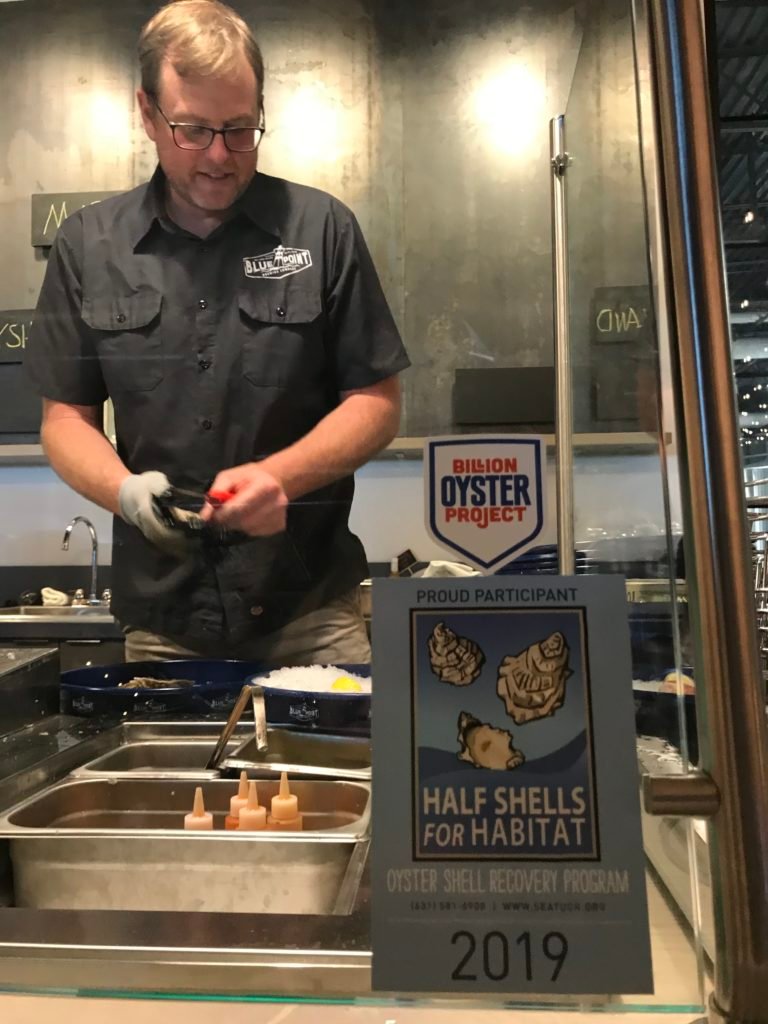